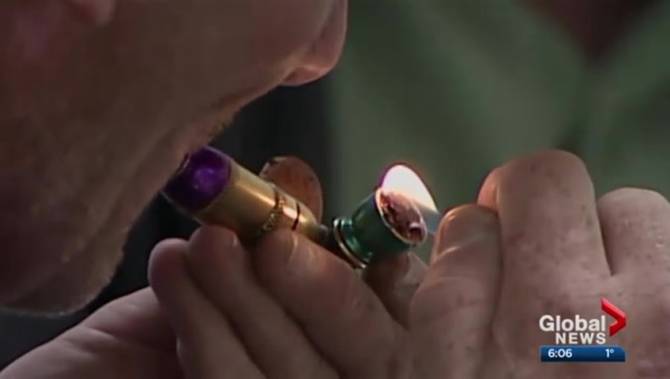 Many industries in Saskatchewan do routine drug testing on their employees for safety reasons. One of the primary drugs they look for is marijuana, leading to many questions for the industry once it’s legalized.

Will employees be able to work on the job site safely and return home unscathed at the end of the day? It’s a question leaders in safety sensitive industries say will become increasingly difficult for them to know with any certainty once marijuana is legalized in Canada.

Currently, companies all across the province drug test employees since any added risk on job sites can lead to injuries even death.

Roughly 4,000 drug tests a month are conducted nationally by Wellpoint Health who said they can customize protocols to meet a company’s needs.

The location in Saskatoon receives all drug testing results from all of its offices and highly-trained technicians can test for a variety of drugs, but it’s mostly marijuana employers want detected among their workforce or potential hires.

“Even if someone stops smoking marijuana it can take a number of weeks to get out of their system,” Annie Bell, the national drug and alcohol manager for Wellpoint Health, said.

A standard urine test can identify if someone has smoked pot in the last six weeks and a swab test can narrow that timeframe down even further.

“So it can show you if it’s a confirmed positive if they’ve smoked in that 24 hours.”

It’s an uphill battle industries like construction, transportation, oil and gas have always been up against but their concern is things will amplify if new marijuana legislation to be tabled in the spring by the Trudeau government – doesn’t address job site safety.

“One of the biggest challenges we face today is that we don’t have a reliable measure for impairment when it comes to the use of marijuana where we do when it comes to alcohol through breathalyzers, we don’t with marijuana,” Mark Cooper, president and CEO of the Saskatchewan Construction Association (SCA), said.

“We can tell if somebody has used it but not if they’re impaired and until we can resolve that issue it does pose a real risk on job sites.”

One study showed positive drug tests among American workers rose by 20 per cent after pot was legalized in Colorado and a 23 per cent jump in Washington.

The SCA said it isn’t the only sector holding its breath to see what the feds plan to do but is one of the biggest in Saskatchewan to express concerns.

Approximately 53,000 people work in construction, marking it the third largest employer in the province.

“If you’re an employer and you have the livelihood and the lives of people in your hands those are big questions that keep you up at night and we want to get them answered.”